I was a Rams fan. Was. In 1995 Georgia Frontiere moved the Rams to St Louis. When she did, I swore life-long hatred of the old lady and her Rams. Good riddance! Yeah, as most first love break ups tend to be, it was irrationally bitter.

A life-long vow of hatred is a life-long vow. Truth be told, I’ve been known to hold a grudge or two. And so the eventual successes in St Louis did nothing to budge me. The “Greatest Show on Turf”? Whatever. Kurt Warner’s “Stocking shelves to Super Bowl MVP” story. Meh. Nothing could make me look at ’em the same way – the way I used to look at Vince Ferregamo, Wendell Tyler, Jack Youngblood. So, I thought. Hey, I’m not saying I’m coming back. I’m just saying they’re making it real hard for me to stay away.

First of all, it’s hard to hate Jeff Fisher. The dude sports one of the all time mustaches. And let’s get this straight, it’s not a hipster mustache. A “Johnny come lately” mustache. No, it’s his stache. The same one that’s been warming his lip for 20 years. The only other dude I know who’s rolled that tight with his mustache is Tom Selleck. Suits have gone from baggy to Euro form fitting, hair cuts from fluffy to cropped and back. Through it all, Jeff Fisher said, “Screw it. I’m rolling steady like Tom. 80s stache and my mullet. Thank you very much.” No, Jeff. Thank you. 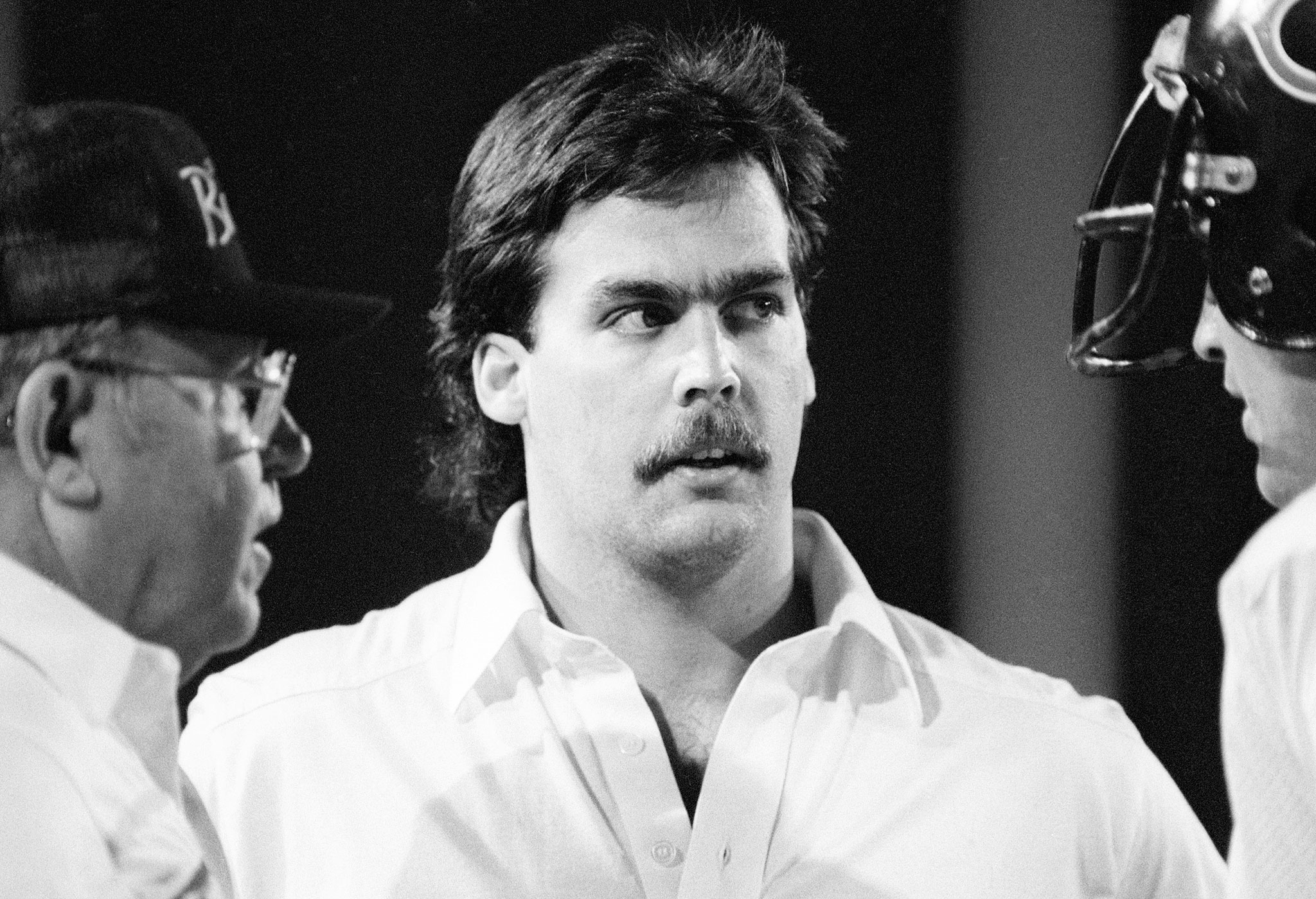 The man runs his team like he masters his grooming. Principled and unwavering. This past weekend’s NFL draft was a perfect example. In a high flying, pass happy NFL, the Rams with a glaring need at WR looked squarely at Sammy Watkins with their 2nd overall pick and said, “Screw it. We’re going to keep beefing up,” and grabbed Greg Robinson, the big, athletic left tackle out of Auburn. And then with the 13th overall pick, they took Aaron Donald of Pitt. I’ve never seen Aaron Donald play, but I know he looks like this and did the second most bench reps (35) while running the 5th fastest 40 among D-linemen at the combine.

Donald will be joining a front with Long, Quinn, and Brockers that is already considered one of the best in the League. The Fearsome Foursome is back.

With the next three of four picks, the Rams went Corner, Safety, and Corner.

If the Rams ever win me back, it’s going to be in this era – The Jeff Fisher era. He knows who he is and is committed to being who he is. The mustache stays. The mullet gets rocked. That’s Fisher. It’s what you get. Just as his teams were in Tennessee, the Rams are going to be solid on defense and they’re going to run the ball. Bully ball. Smash mouth football. Whatever you want to call it, I’m finding it hard not to like.

Fantasy tid bit …
This loaded D is going to be coached by Gregg Williams. Who’s Gregg Williams? He’s the dude busted for “Bountygate”. The mastermind behind putting a contract on Brett Favre in the ’09 NFC Championship game. Loads of talent and a lunatic coordinating? Yeah, give me some of that.

This site uses Akismet to reduce spam. Learn how your comment data is processed.

You are currently reading Fantasy Friday at Cooked Goose.